The treasure trove of stories about Alyth through the centuries currently housed in the “Story Box”, an old red phone box on Market Square, was transferred to Alyth Museum in April as the project comes to an end. The public WiFi hub in the box will continue to be available until the current BT broadband contract expires in December.

Since the Story Box was opened in 2017, visitors have been able to listen to any of more than 150 recordings from around Alyth simply by lifting the receiver in the phone box. The phone box is now closed, but the electronic innards which store and play the recordings have been moved to Alyth Museum and will still be accessible when the Museum reopens in May. The recordings have also been archived in the AK Bell Library in Perth.

Sound artists worked with locals to record stories and sounds from the present, oral histories from within living memory, and recreated stories and sounds from the distant past. Former residents with a keen interest in supporting the project also recorded and sent stories from as far away as Canada. The recordings include tales of the Picts from pre-history and the monks of Alyth’s 5th-century Church; the legends and myths from the area, farming life, the people, industry and shops of this historic market town.

The stories also paint an audio portrait of the present-day people and how the remarkable community spirit of this town helped it survive the devastating flash flood of July 2015. The future of Alyth is told through imagined stories and songs written by the young people of the town recorded during digital and sound technology workshops run by the project in Alyth Primary School and Alyth Youth Partnership. 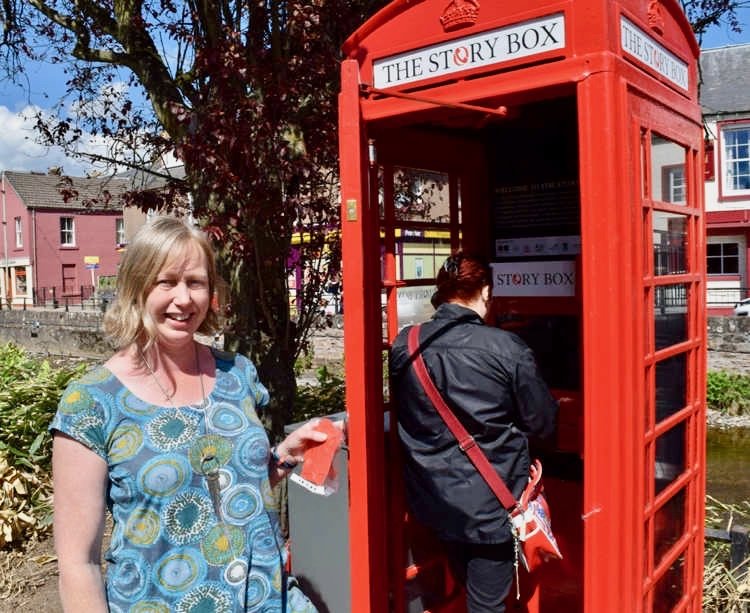 Story Box Project creator, director and Alyth resident Marian Bruce said “It has been a pleasure to work with the people in my own community to create this audio archive of our town. I would like to thank everyone who has contributed to the project. These stories are the soul of Alyth and are now saved for future generations. Some will also have another life as part of the recordings for the new Cateran Ecomuseum, which celebrates the cultural and natural heritage of our home.”